Virginia Leonard is a formally trained artist and holds a Master of Fine Arts. She was the 2011 winner of the Waiheke Painting Art Award, the 2012 Winner of the Molly Morpeth Canaday Art Award and a finalist in the 2015, 2014 and 2013 Wallace Art Awards. 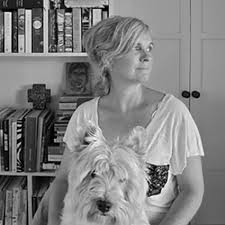 Virginia’s work investigates mixed media gouache, acrylic and resin on canvas. She explores the relationships between form and the illumination of resin.

Virginia says of her process: “Paint is laid on paint, mark is laid on mark. The subject becomes less important as the painting progresses. Often the sheer thickness of the paint, between the small valleys and crags of paint add to the paradox of realised space. Sometimes the subject is formed by the drama of colour – forms caught up in the method of paint laid upon paint. Often in the painting I invent visual ideas and images that are summoned up by the automatic gesture, where the marks have no specific reference purpose. It is a play of mind and imagination”.

Examples of Virginia’s work can be viewed at Mobile Art Gallery in Mt Eden.