Miranda is largely self-taught, although she majored in art at Wellington Teachers College and showed an early talent for painting, receiving a distinction in art at High School.

Miranda Jane Card, NZ Artist, is influenced by European Impressionists and New Zealand painters, especially Rita Angus and Don Binney.  Miranda describes her work as an intuitive creative process, which begins by absorbing a myriad of impressions through the senses. After time, these impressions become distilled into stylised elements, often defined by a dark line. 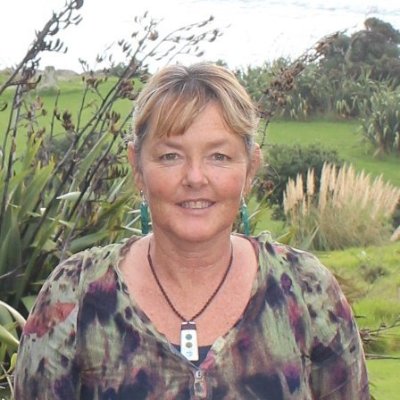 Miranda’s work shows a love of New Zealand and the land, sea and sky are a constant source of inspiration and her landscapes often show metaphors for life. Pattern and movement are strong elements in Miranda’s work. A variety of brush strokes, are used in both opaque and translucent layers, bringing vibrancy to the work. Clean lines define forms and provide clarity.

Miranda’s paintings are in private collections around the world including ; Hong Kong, Singapore, Canada, the United States, United Kingdom and Australia.  She was a finalist in: Waitakere Art Awards 2003 and 2004; North Shore City Art Awards 2003; Great Waikato Art Show 2009(Merit) and Waimarino Art Awards 2010.  Her work has also been selected for calendars sold in New Zealand and she has produced a line of cushions which feature prints her artwork.

Examples of Miranda’s work can be viewed at Mobile Art Gallery in Mt Eden.