The work Geoff Tune has produced throughout his career as an artist in New Zealand, has been predominantly centred on landscape, or more specifically, place. The places around which he bases his work are those that have significance in his life, such as where he or his family have lived, or still live, or visit regularly.  Mt Eden, Opito Bay,  Piha, and the Gisborne area amongst others have repeatedly featured in his work over the years. 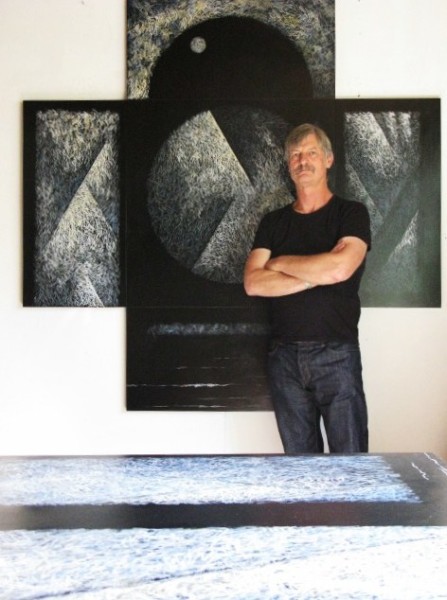 Recently visits to various centres and sites of interest in Britain and Europe have resulted in the production of images in situations where there is a combination of such things as visual elements, history and myth which link to the core elements of his work.

Geoff Tune is interested in how the various elements of the landscape/place interact ,  the soft and the hard, the still and the moving, the constant state of flux.  He sees the land as impermanent, constantly changing, in a state of transition between the past and the future.

Geoff is interested in the place of people in the landscape, how we understand our position within the landscape, which he sees as being at the centre of a surrounding landscape through which we move and with which we interact both physically and mentally. How we humanise, mythologise and memorise significant places.

Examples of Geoff’s work can be viewed at Mobile Art Gallery in Mt Eden.