Andrew Turner is a Scottish artist raised in Dubai, who moved to New Zealand in the late eighties. His brightly coloured abstract shapes are a style Turner has been working on for some time, citing Wellington artist Robert McCleod as mentor who taught him a lot and influenced him even more. 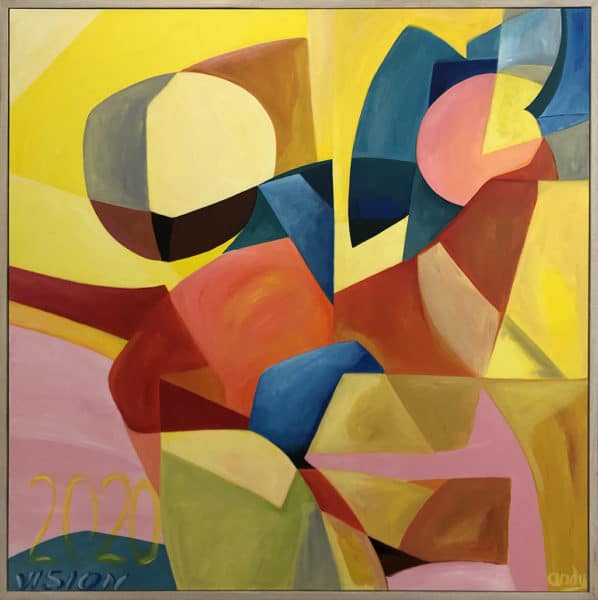 When writing the proposal for a graffiti art exhibition at ‘Artspace’ in 1996, Turner wrote “Graffiti is a statement of youth, the public saying, “we live here too, we are alive, and this is who we are.” That was in 1996, when graffiti was fighting for survival.

From his first exhibition at Cafe DKD in 1989 to the present, there are a handful of recurring themes in Turner’s work. Among them are landscapes and buildings. It is the latter, and particularly sky-scrapers, that he is most excited about, expressing that he would love to have some of his paintings made into real buildings someday.

And in the online exhibition space here